Our kids LOVE going to the dentist. Every time. It has gotten to the point that the other cries that they are not going to the dentist too. We’ve kept appointments on different dates so we could make their dentist visits special, but we might have to reexamine that procedure now that is is becoming such a terrible ordeal (for the one NOT going).

For Vi, no cavities, and all is well. She’s been doing a great job brushing. She has lost 8 teeth, and two grown up teeth are still trying to make their way in. Violet was disappointed that they weren’t counted as her having those teeth until they break through the skin, but that’s alright.

After the dentist, Vi and I went out to Bob Evans for breakfast. She insisted that she was SOOO hungry. 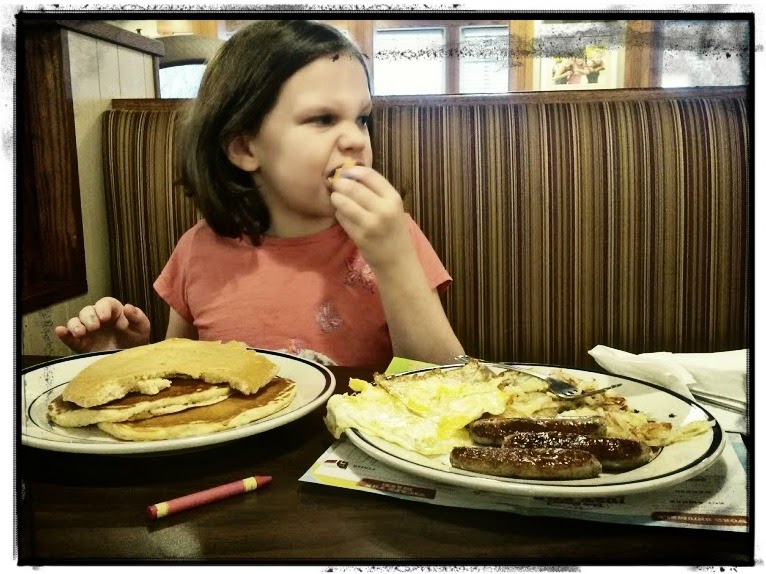 Vi: You know what you usually order for Hayden and I to split?
Me: Yeah.
Vi: That’s what I want.
Me: So the kid version of that?
Vi: No. The whole thing. I want it all.

She proceeded to request some of my breakfast as well. 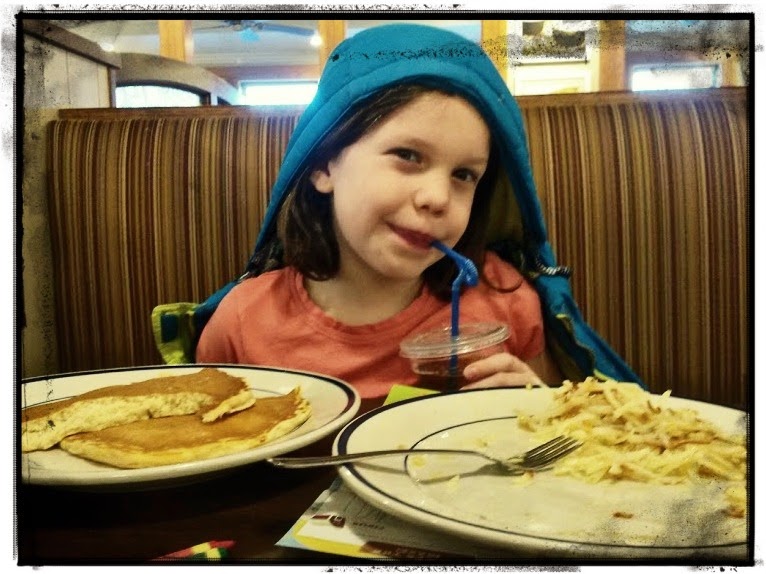 She ended up eating most of it. She left about one pancake and a small handful of hashbrowns.

I’m thinking she is going through a growth spurt. She ate more than I did and probably could have forced herself to eat it all, but she “listened to her tummy,” which said NO MORE.