Fun with the snowman

Yesterday (aka, before all the snow, the last day of January), the kids and I went outside because they wanted to try to go sledding. The snow hadn’t fallen, but they still had fun. I wanted to share some pics I had gotten of them, but completely forgot to do so. 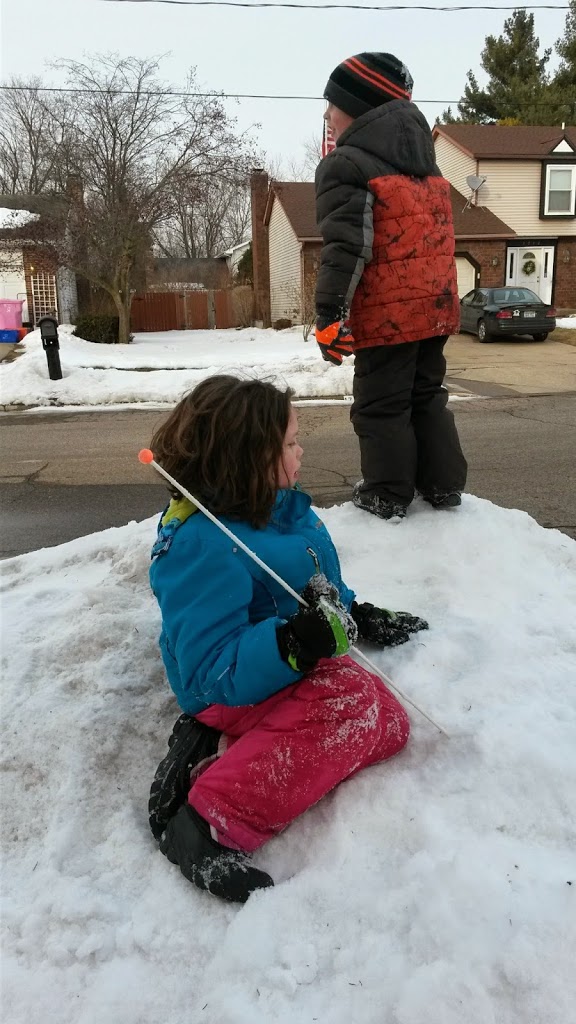 Playing on the snow mounds at the end of the driveway. The snow was pretty hard since it was so cold. 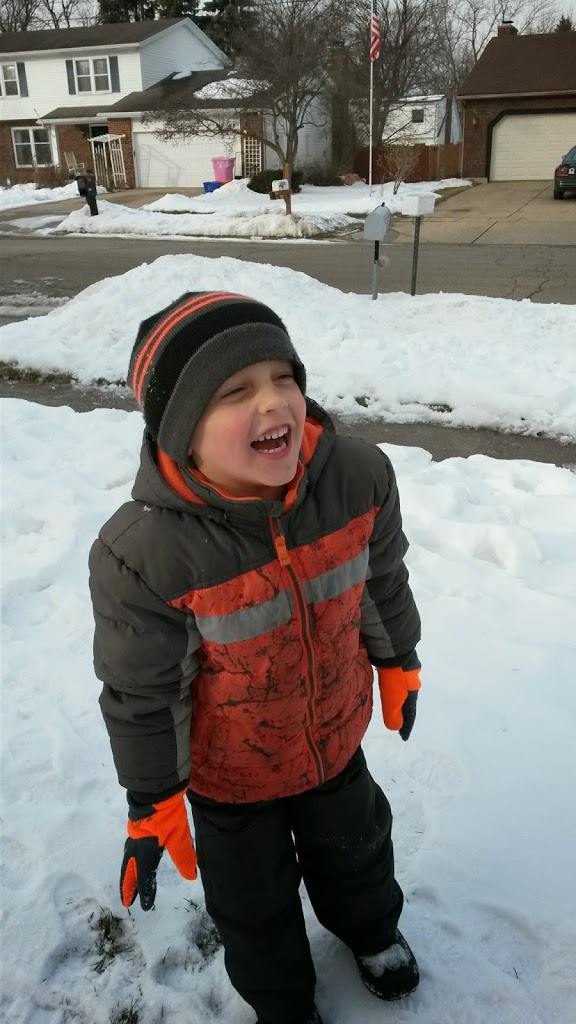 Violet had taken a stick with an orange ball (pic below) and was shoving it through the face of our “tippy snowman” – Hayden thought this was absolutely hilarious. At least until she hit him in the face with it. 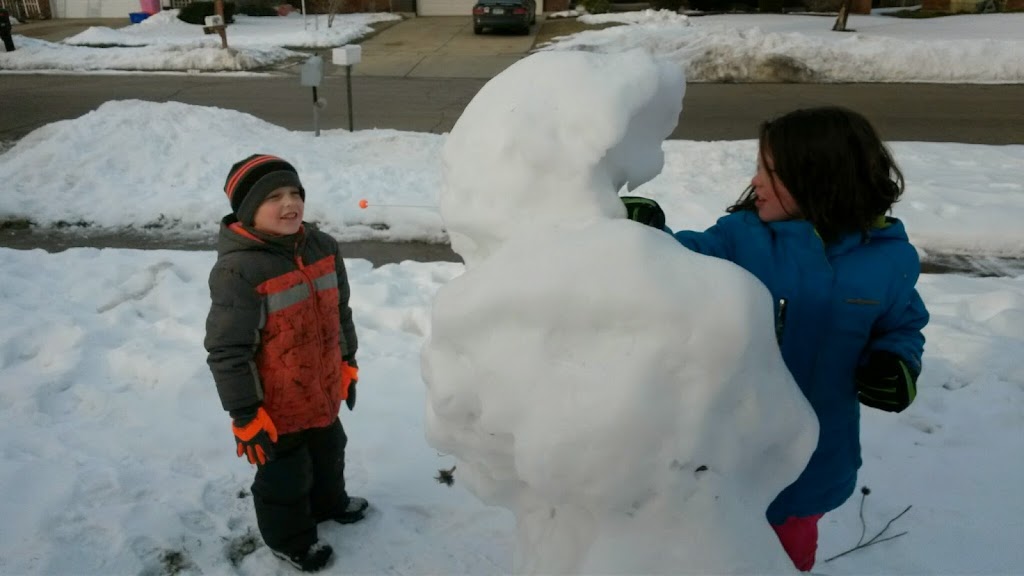 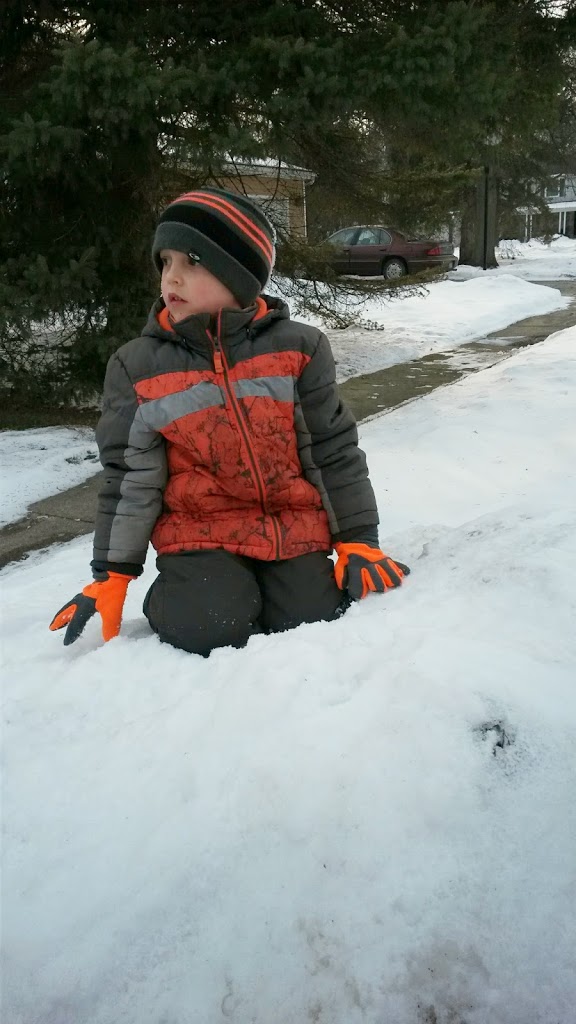 Hayden was coming up with a story. He was gathering balls of snow that were icy and pretending they were dinosaur eggs. He was putting them all together with some extravagant backstory on how he got them. It was quite impressive. 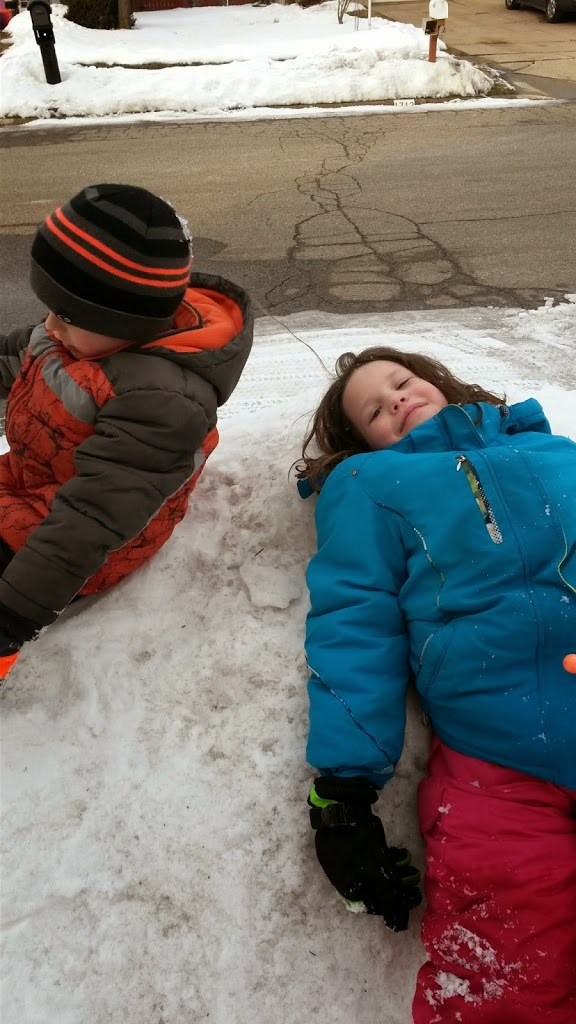 The kids were taking turns making beds on the mounds of snow. I almost got one of them laying next to eachother. I tried. 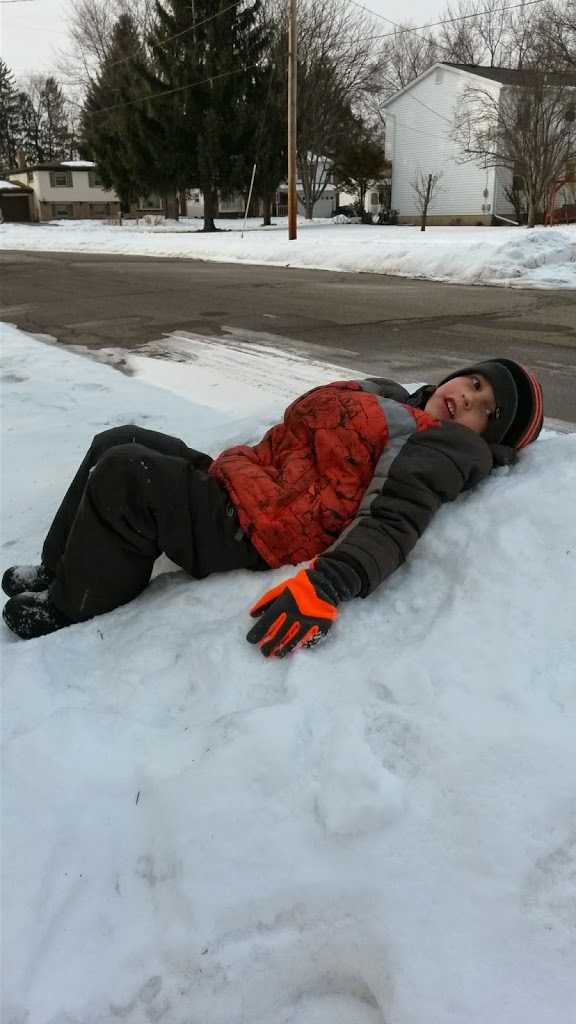 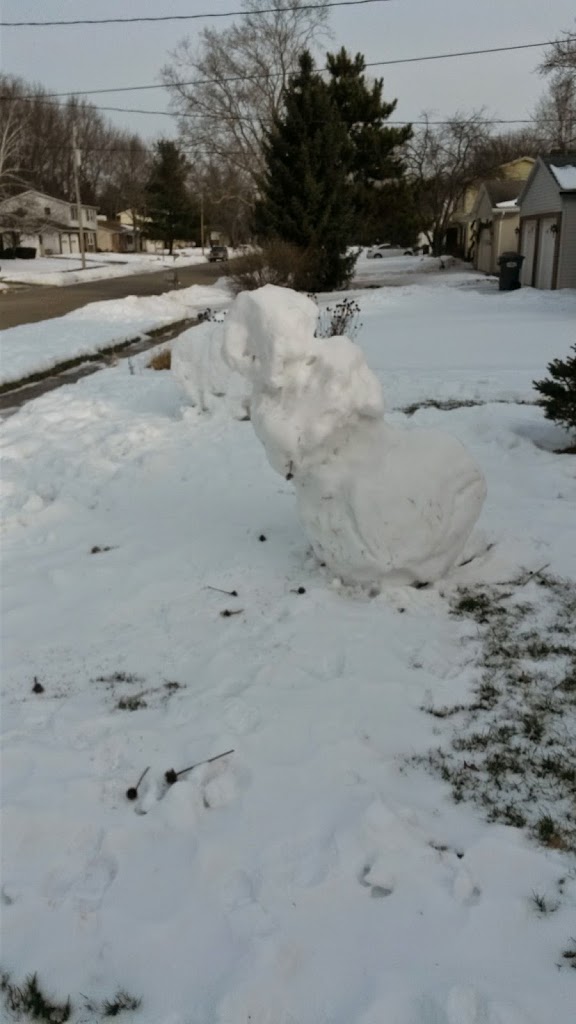 Our Tippy Snowman. We built him a while ago when the snow was good for making snowmen when Mike got back from Arizona. It got warm for one day and the snowman started to lean. We meant to take some time to get him propped back up, but then it got super cold, and has stayed cold. He’s frozen this way. The kids like him like this better now.