Woah. Time just seems to be flying by!! Lots have happened since we posted last. Between two birthdays, Easter, an ear piercing and the drama with our dog, where do I begin??

For Violet’s birthday, Mike and I gave her a gift card for $75 for her to have a shopping trip with me (or Mike) for a special day. She asked me to take her to the mall.

So, the Sunday after her birthday slumber party, I took her to the mall. She was interested in looking at lots of stores, but was super disappointed that she couldn’t get any of the many, many very awesome earrings at every store since her ears weren’t pierced.

She asked what I thought of her getting hers done.

I had been fairly adamant that she had to wait until she was 16 to get them done. I texted Mike, and he wasn’t entirely opposed, so she and I went to Claire’s in the mall to take a look around.

It just so happened that a friend of mine was there having her daughter get her ears done. The daughter is 4 years old. Violet wanted to watch to see how she did to determine whether she wanted to have hers done as well.

We watched for a while, and stood back when they pulled the triggers (they do both ears at the same time these days!) and as soon as she let out the cries and the tears, Violet was not interested in getting hers done anymore.

I thought that would be the end of it, but we kept looking through the store, and Violet found a set of Pusheen earrings. That was it. She decided that she wanted to go through with it!

She picked out some pretty cool flower earrings that were top-tier and also got two other pairs of earrings for after her ears heal and a friendship necklace to share with a friend of hers. Total came to $74.86.

She sat down to get her ears done and it took a while for me to agree with the “technicians” (workers? piercers?) on where to put the holes. They had to keep redoing one of her ears (with the pen) and by then, I think Violet was getting a little nervous.

She had lots of questions for them about the pain, cleaning it, what to do if it gets infected. I was pretty proud of her thoroughness.

Once they had the guns up to her ears, they had to remind her to breathe. She took it like a trooper. It hurt, but she was glad she had it done. She said that she will never do it again.

I even managed photo documentation! (see below)

We’re now several weeks later, and she is doing an awesome job keeping them clean and spun. So far, no infections or issues. I’m really glad and proud of her for being responsible. It was a big decision, and I’m glad that she went in understanding the impact it would have on her.

Now, Hayden wants his ears pierced. Not so sure he is quite as responsible to have his done at age 9, but luckily we have a few more years before we have to deflect that one. 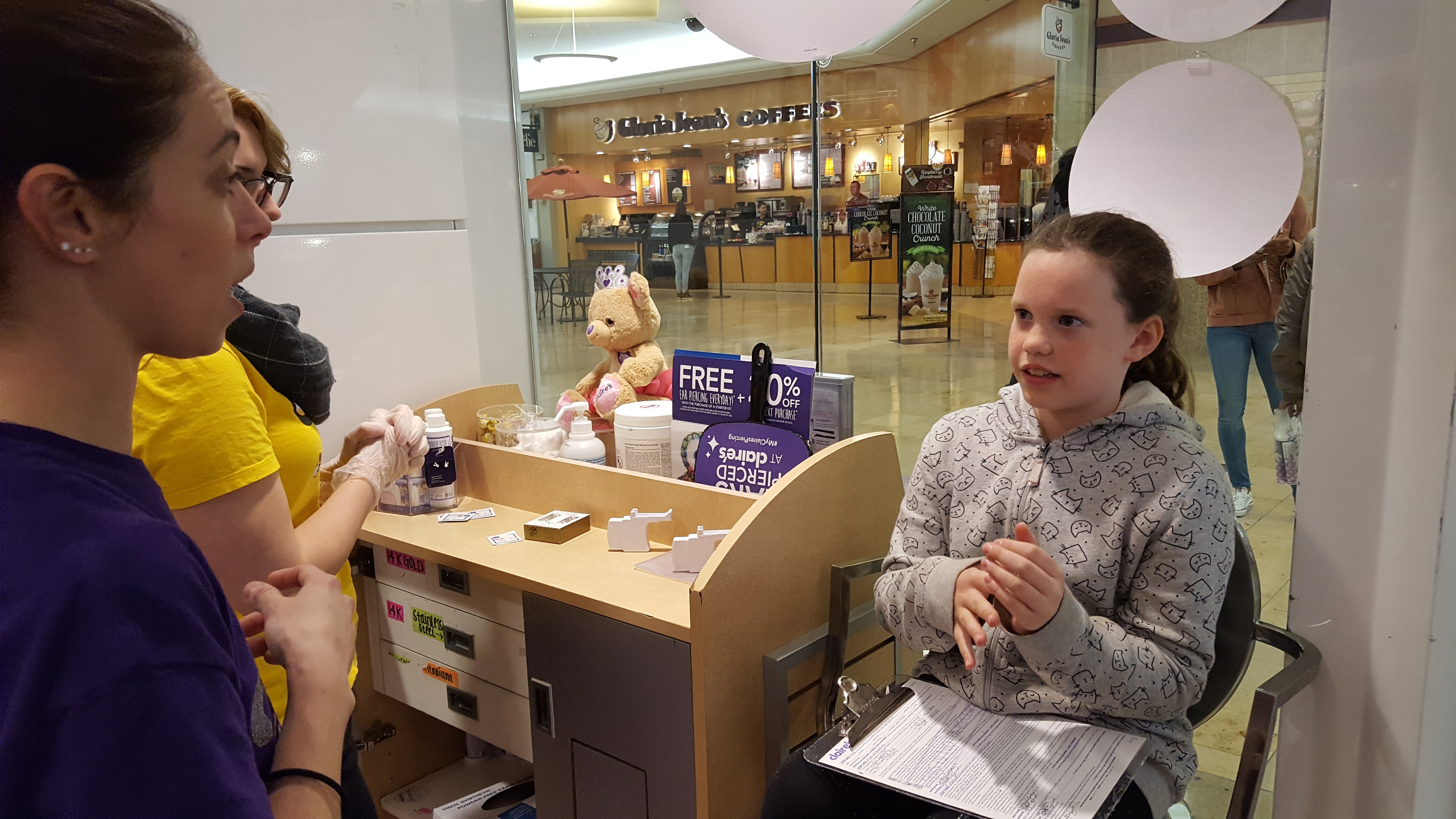 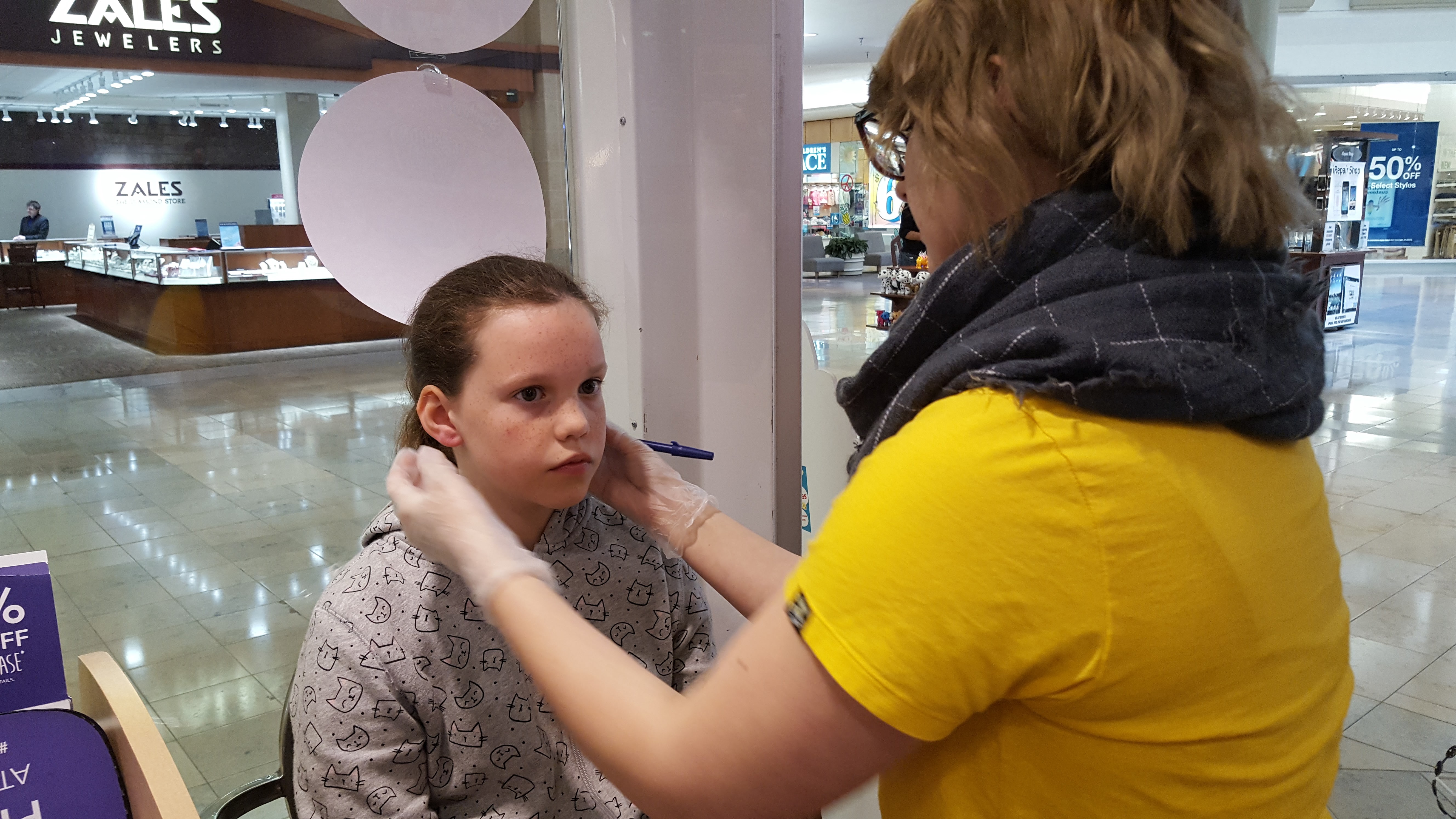 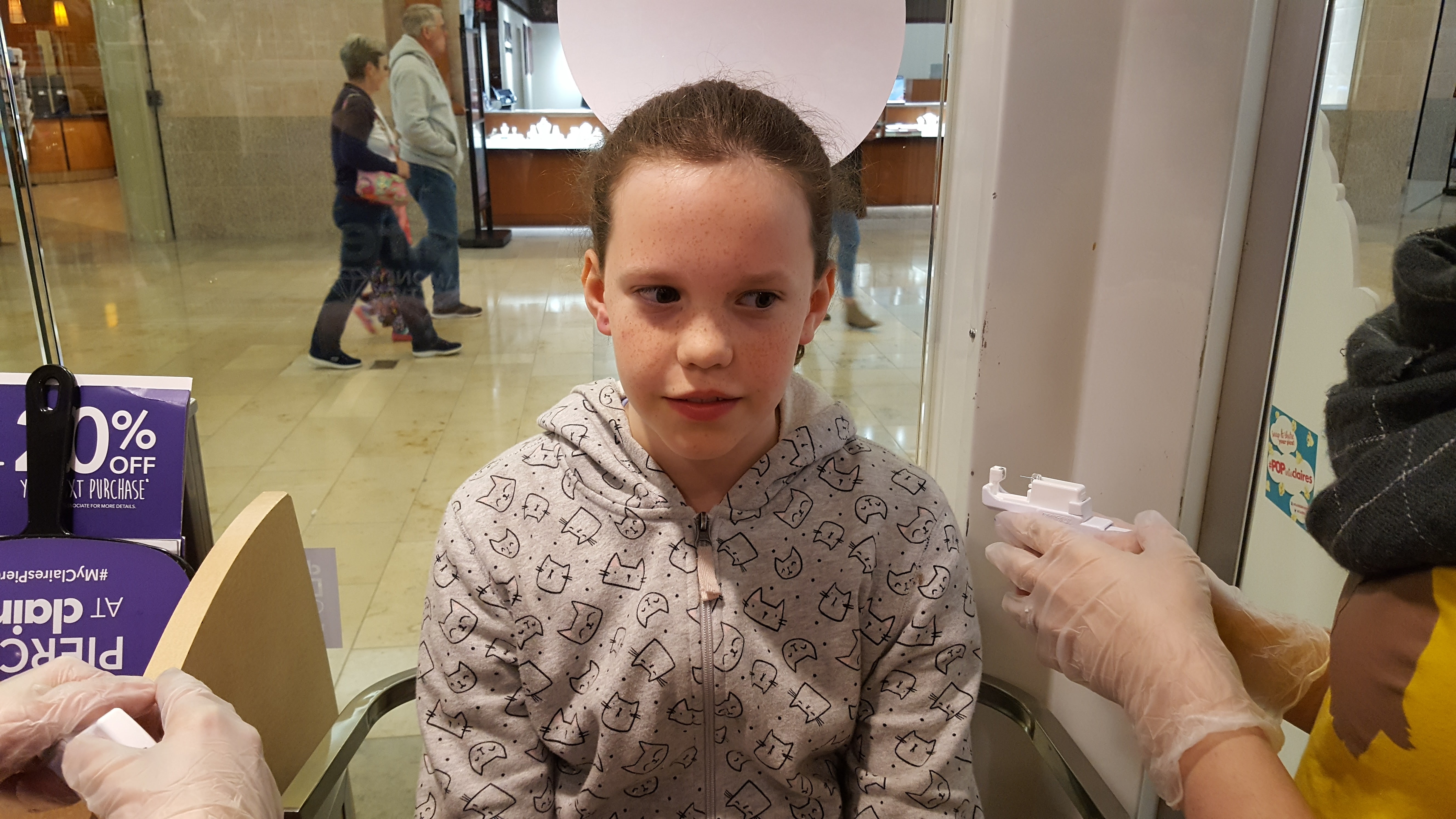 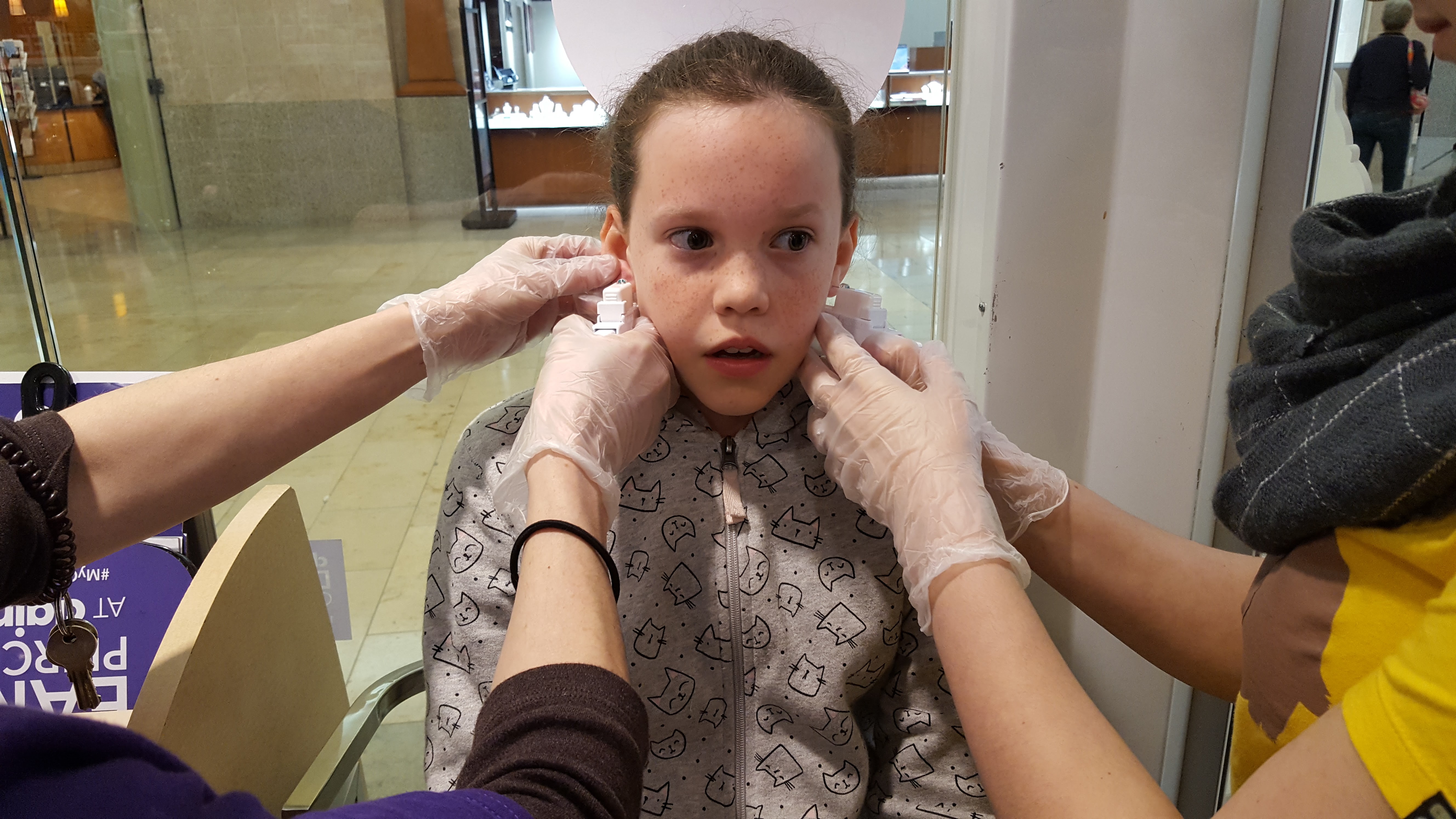 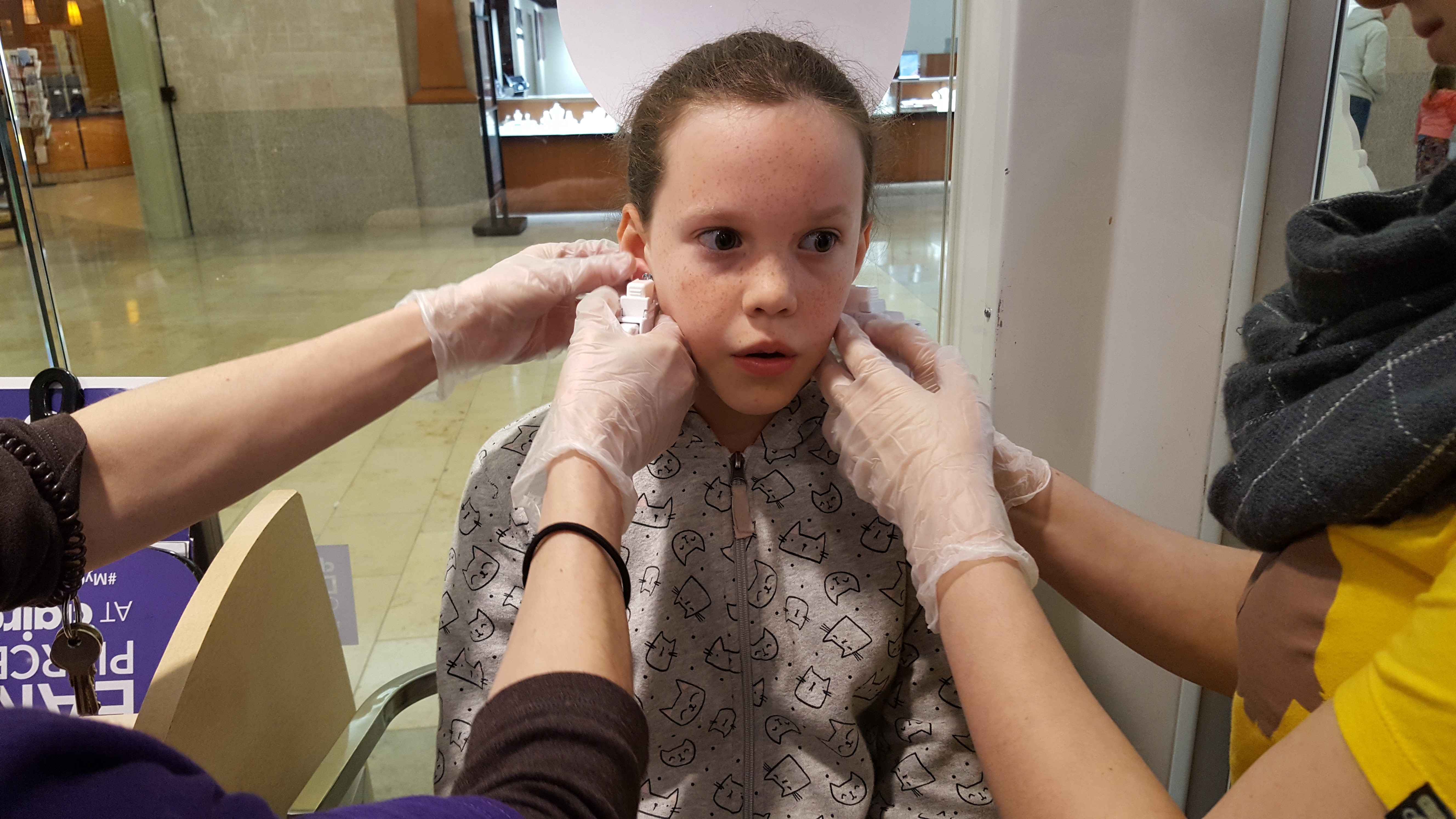 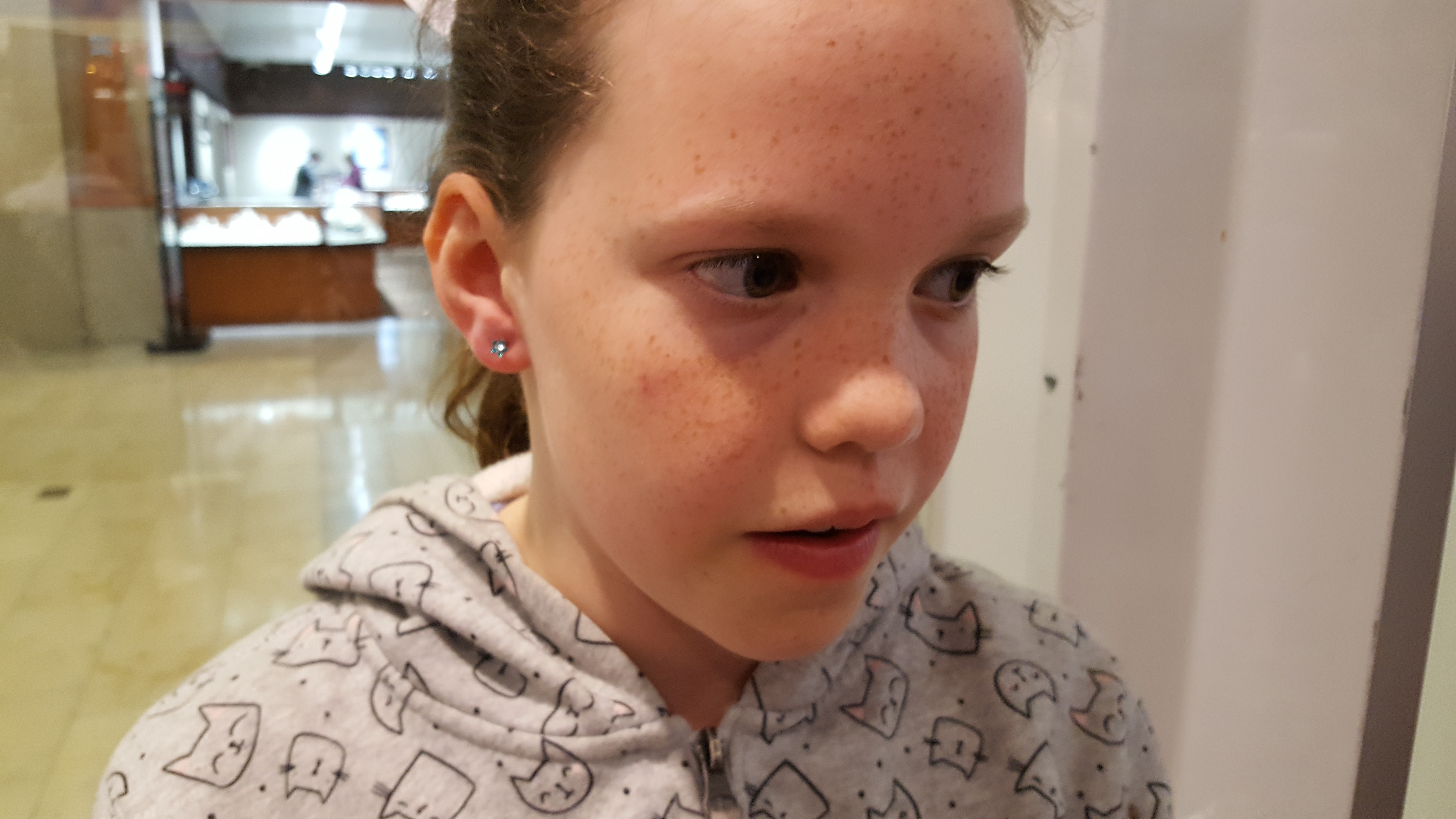 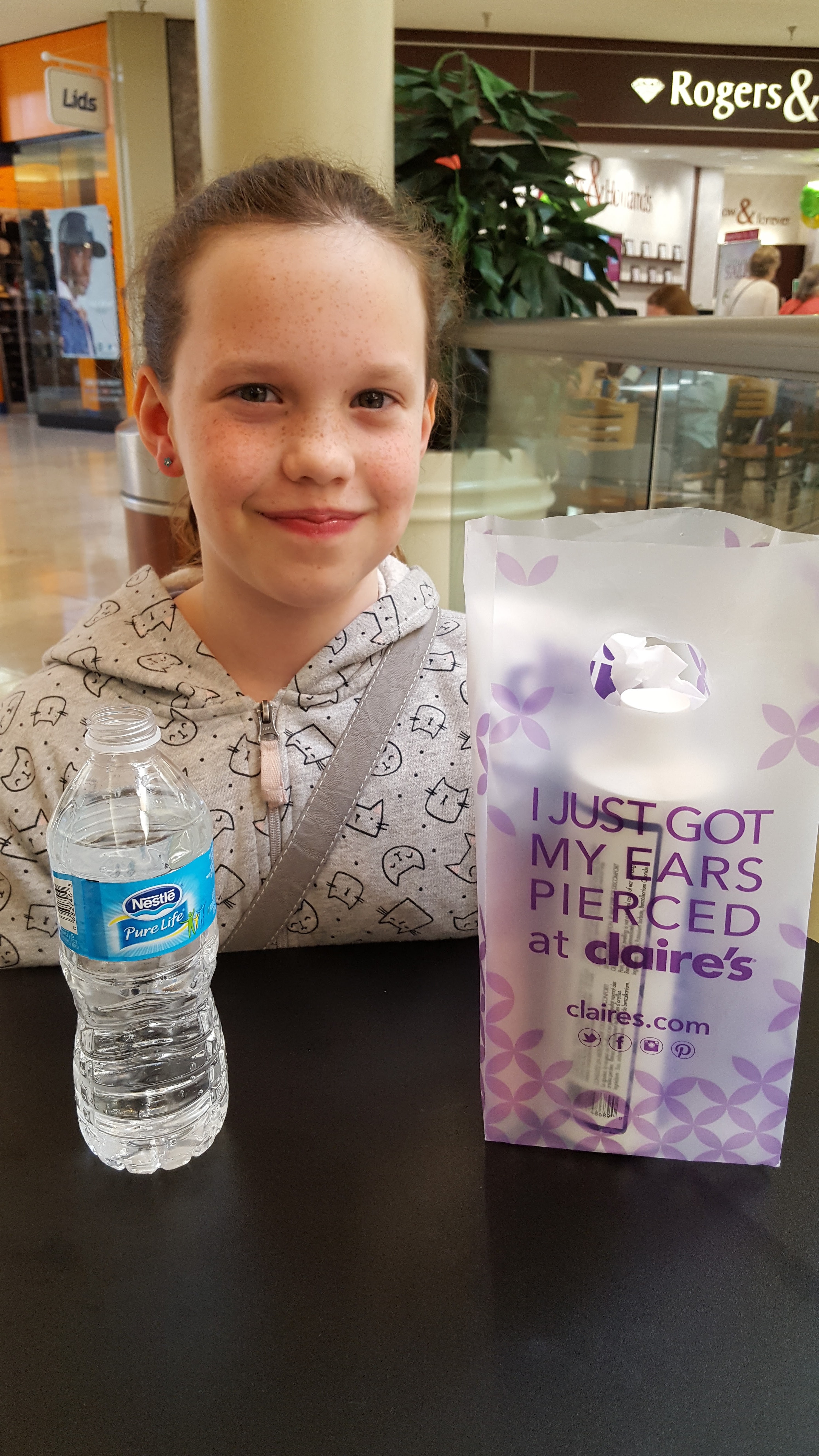 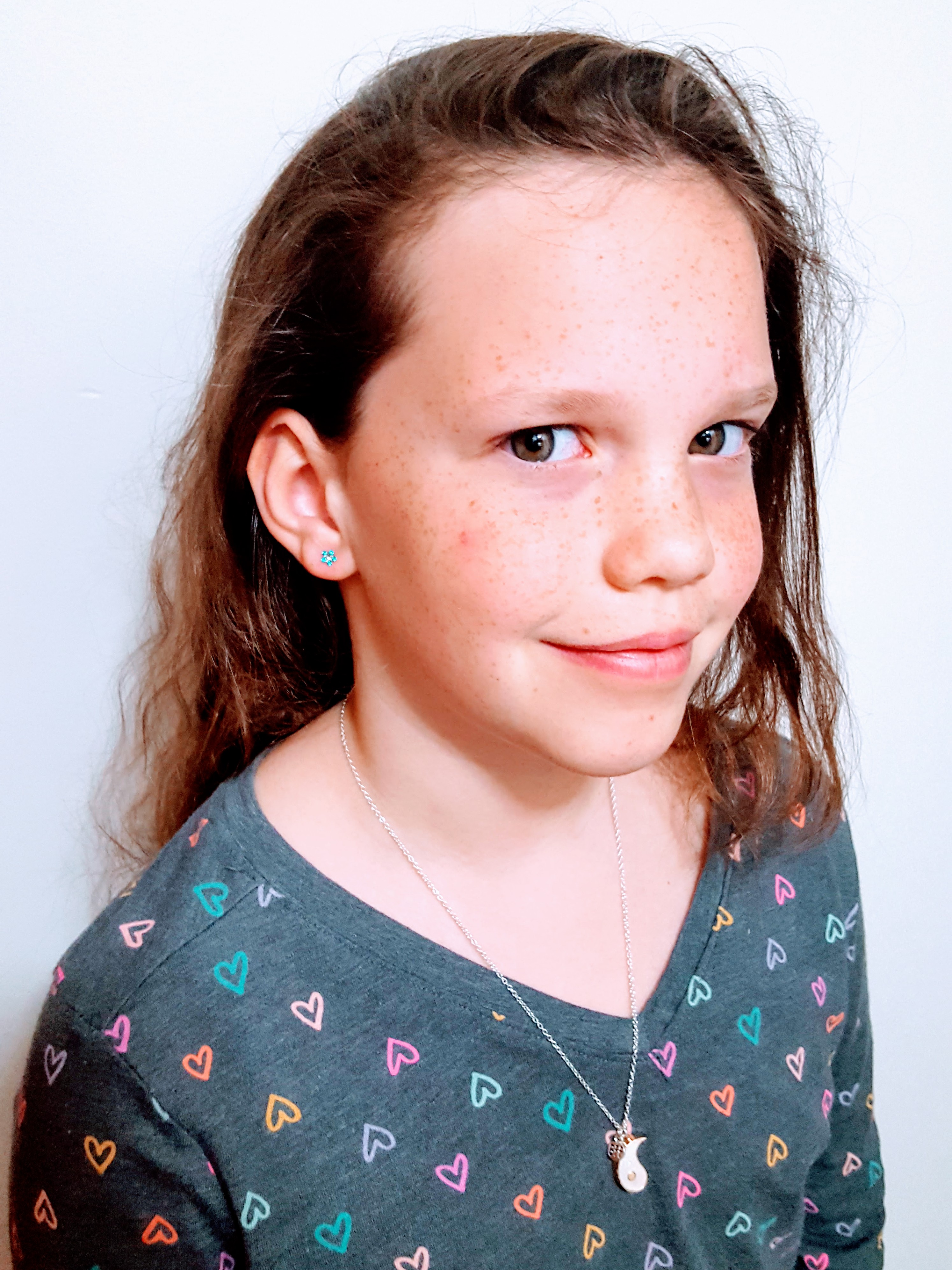