I know there has been some concern over the past week as to how I was surviving the various snow days and such with Mike out of town. All I can says is… he gets to do the shoveling for the rest of the season! Just kidding. He just gets to do most of it. I just hope he brings back some of that warm weather from Phoenix! 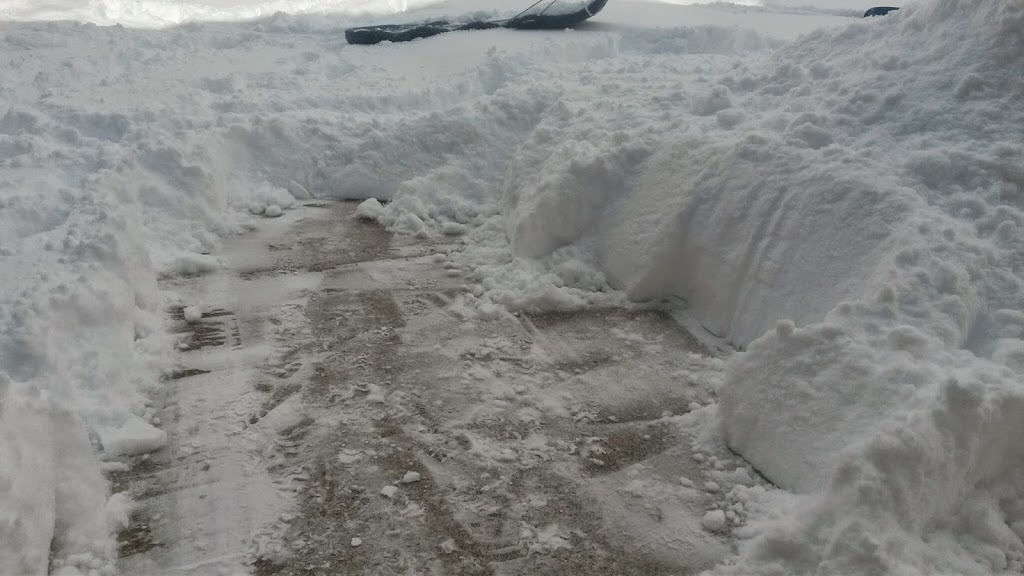 This past week, we’ve had three snow days, two of which I spent at home with the kids. We’ve begun to get a little stir crazy, but I’m doing my best to keep the kids occupied and enjoying themselves without completely destroying the house.

We’ve done tons of stuff together, so I thought I’d share some of our latest adventures. 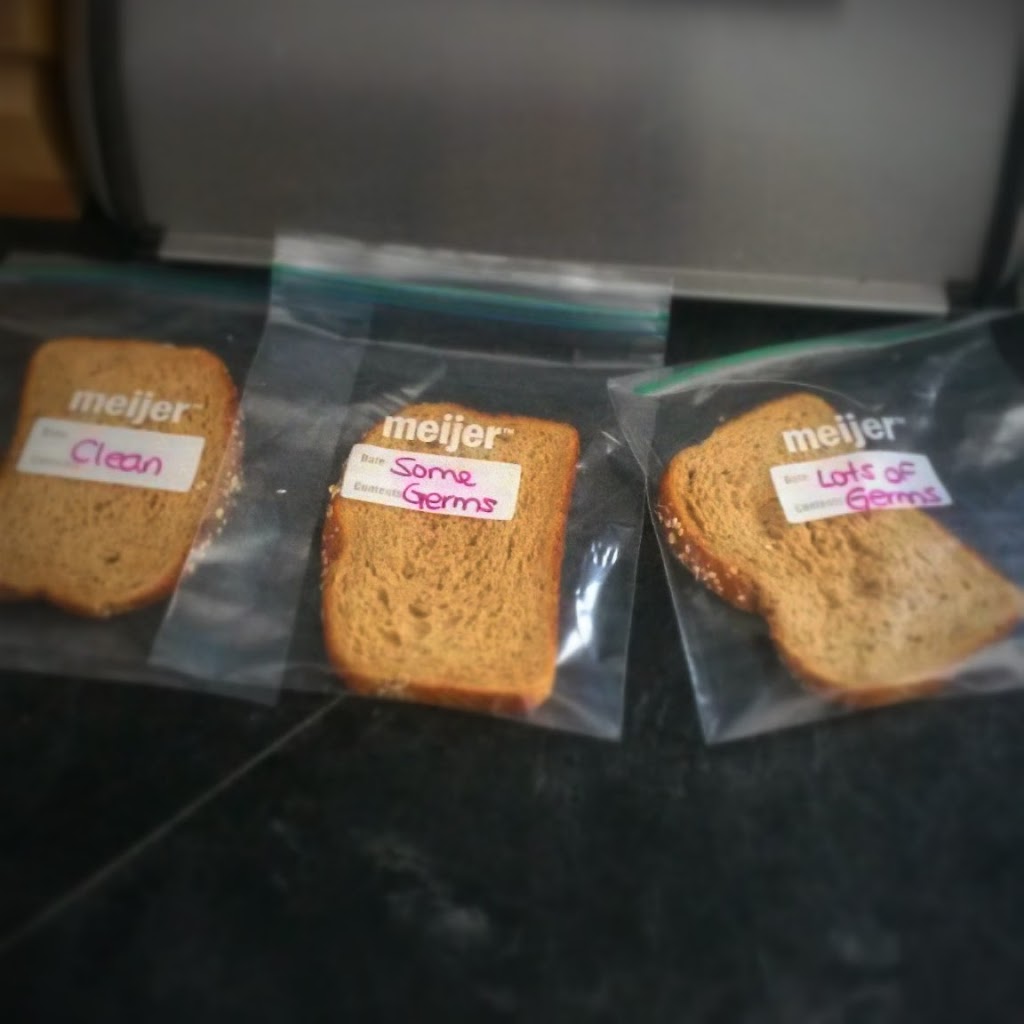 For Christmas, we got a book of activities, so that has been fun as we work through some of them.

One of the first things that we did was a “GERMS” experiment.

We took three pieces of bread and misted them gently with water. The first I handled (after washing my hands super well). The second one, the kids handed back and forth (after not having washed their hands). The third was the fun one. They handled it A LOT, rubbed it on the floor and even picked their noses and rubbed their fingers on the bread. Now, we’ll check back on them in a few days to see what comes of our efforts. I’m hoping that they look different. They laughed and laughed with this one, so it was a hit. 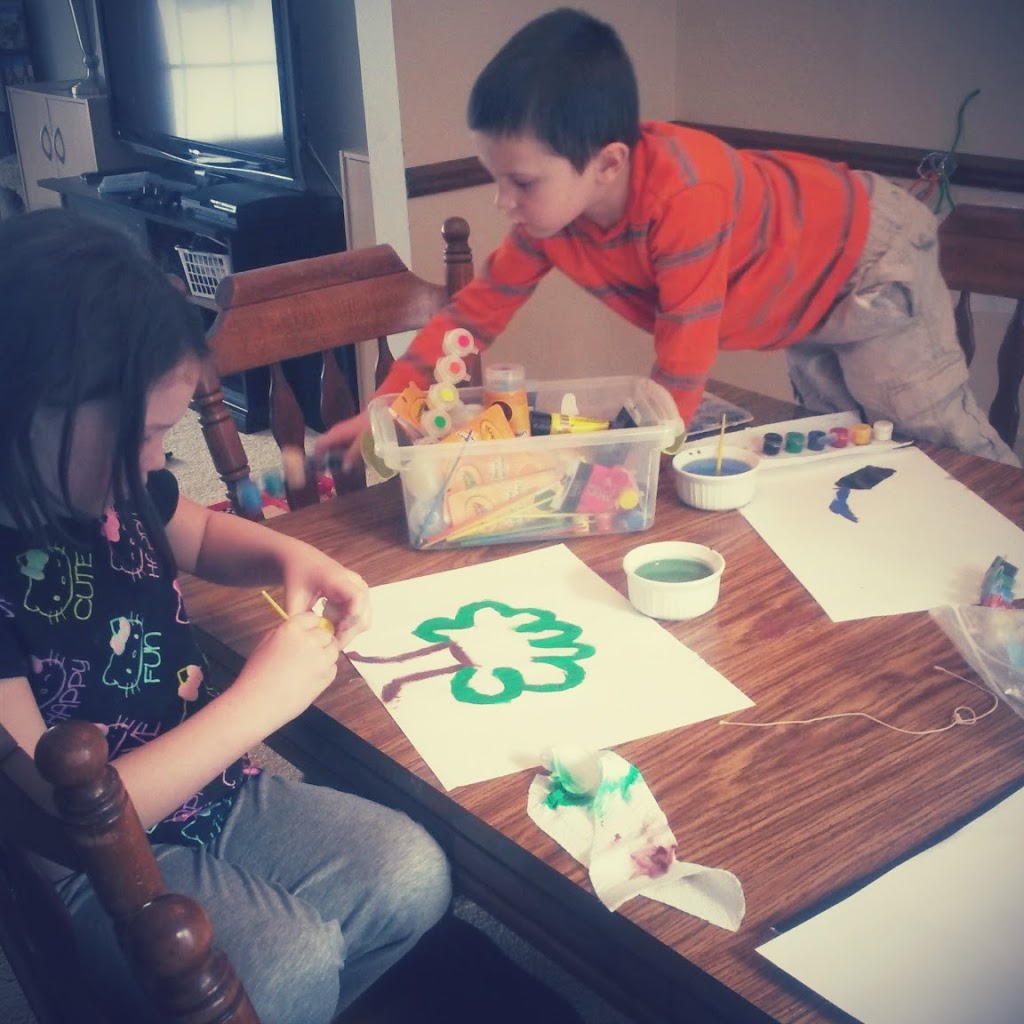 We’ve spend a LOT of time painting – both with acrylic and finger paints. They really got into the finger painting at one point and managed to make a fairly big mess. I hung up all the of the pictures that they made (and that I made) around the dining room so we’ve been making sure to eat meals in there and each has taken time to make up stories about the pictures they did.

They both did trees that look nearly identical, and so they’re arguing about who did which – but then Vi remembered that she put red dots on her tree. Crisis averted.

I’m sure we’ll be doing more painting before Mike is back from his warm trip, so hopefully he’ll come home to a room filled with art. 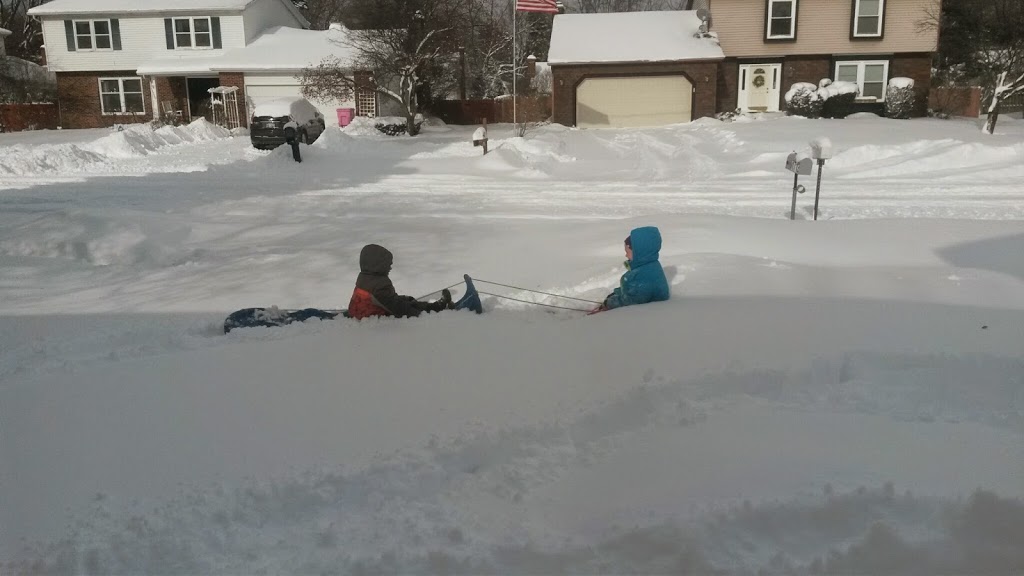 Despite the cold, we’ve also spent a lot of time outside. This is our driveway – before I shoveled. We ended up with a fair bit of snow, and it wasn’t until today that our road was plowed. I’ve shoveled every day since Mike left. Yay! The end of the driveway was the worst. Luckily, our next door neighbor came to my rescue with her snow blower.

Today, since it was still pretty cold, we went outside to blow bubbles. It was pretty windy still, but it was really neat to watch the bubbles rise up and then explode. They didn’t just pop, it looked like they shattered in the air. Since it was still only around 5 degrees, I did all the blowing and the kids just chased them around. I couldn’t manage to do it for too long because my fingers were hurting so bad from being cold. 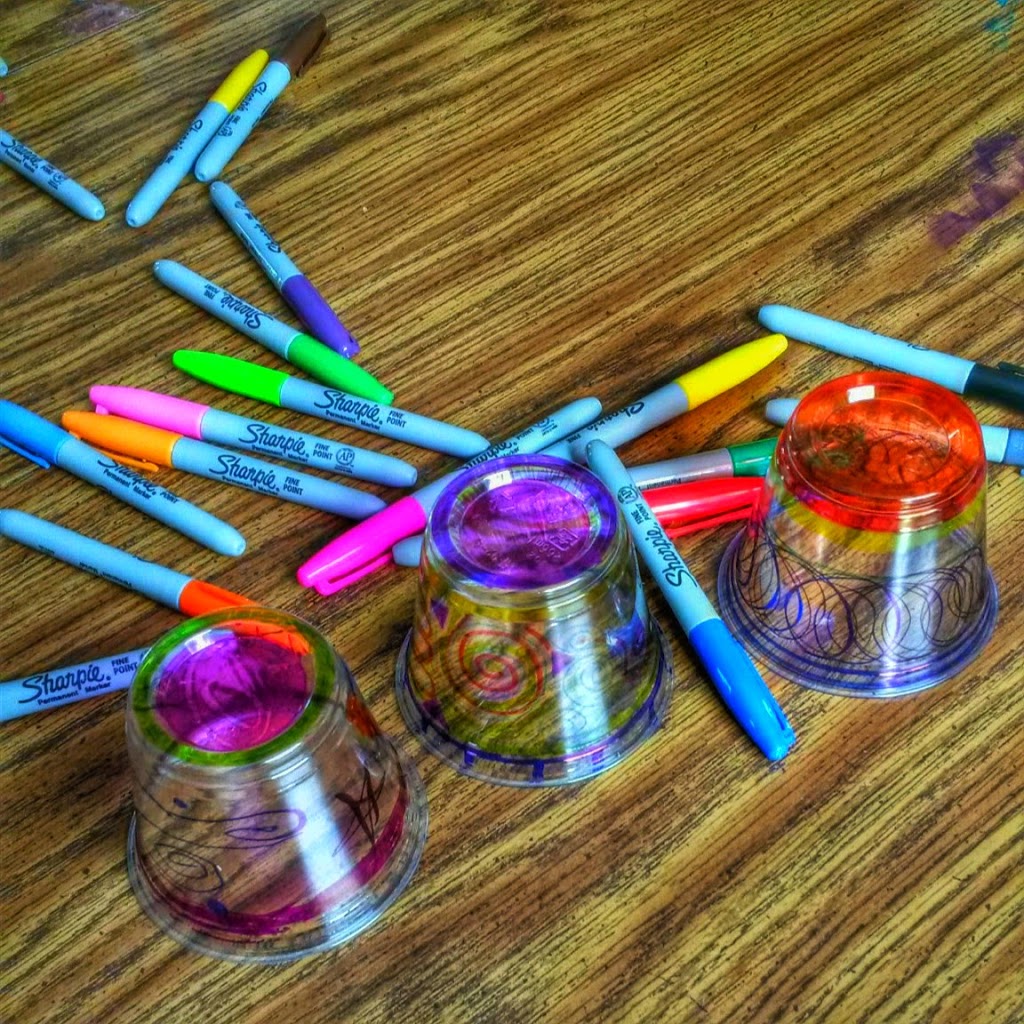 After we came in and warmed up, we got out the permanent markers for another fun craft. This time, we all decorated plastic cups for melting in the oven.

They turned out really cool. Tomorrow I’m planning on working with the kids to make a mobile of some sorts to hang in the kitchen above the sink.

We might work on melting some more trying to make some different shapes. Patience for each project is limited, so I’m working on spreading each out over the week.

I’ve also got a ton-o popsicle sticks, so we’ll see what kind of trouble we can get in with those (I think we’re going to make a catapult!).

Tonight has been the highlight of the week though. We started off with a special dinner that Violet helped me cook: steak, baked potatoes and edamame and carrots.

Hayden loved the steak, but before he said he liked it, I referred to it only as “meat” or “beef.” Once he said it was GREAT, I told him it was steak. He was still okay with it. 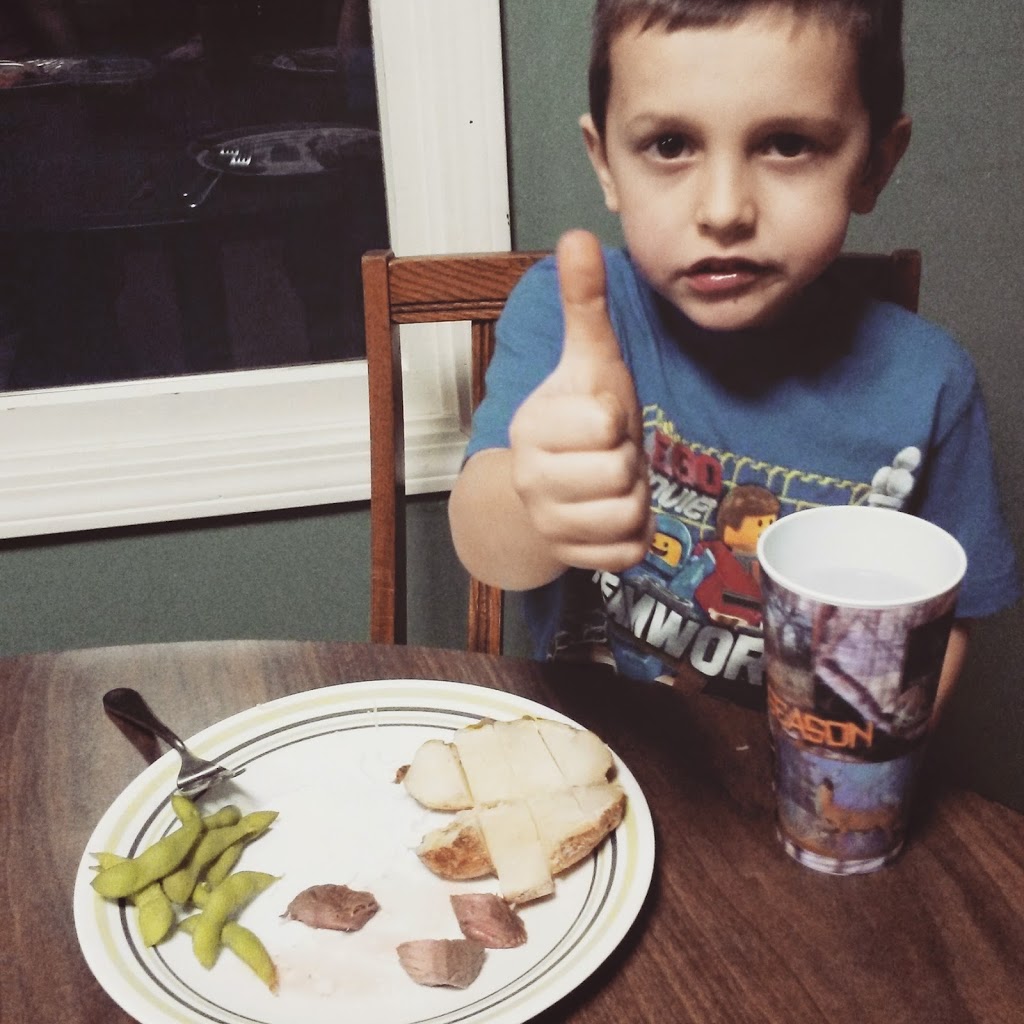 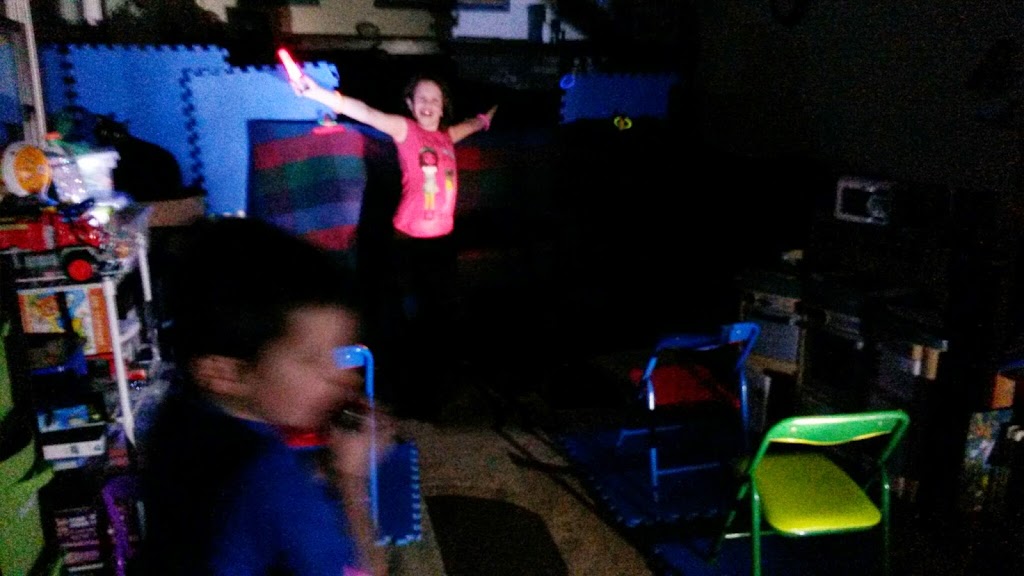 After dinner, the kids set up a stage in front of the fireplace with seating and spotlights (flashlights). The spotlights were pointing at various parts of the stage from further back. We then turned off the lights and both Vi and Hayden had their turn for a production. Violet’s started with a dance party (complete with glow sticks) and then she interviewed Hayden on fire safety – mainly fireplace safety. I have a video, but it is so very dark, so it’s more for listening than watching:

(waiting for it to upload from my phone)

Hayden had a dance party to some Star Wars music and both kid had two flashlights that they spun around and around to the music. It was great. He didn’t do an interview because the kids both got in an argument. Oh well, it was still fun.

Now, the kids are nearly asleep while we have a camp out in front of the fire for the night.

I think I’ve got this Mike on vacation thing under control. Minus all the snow. 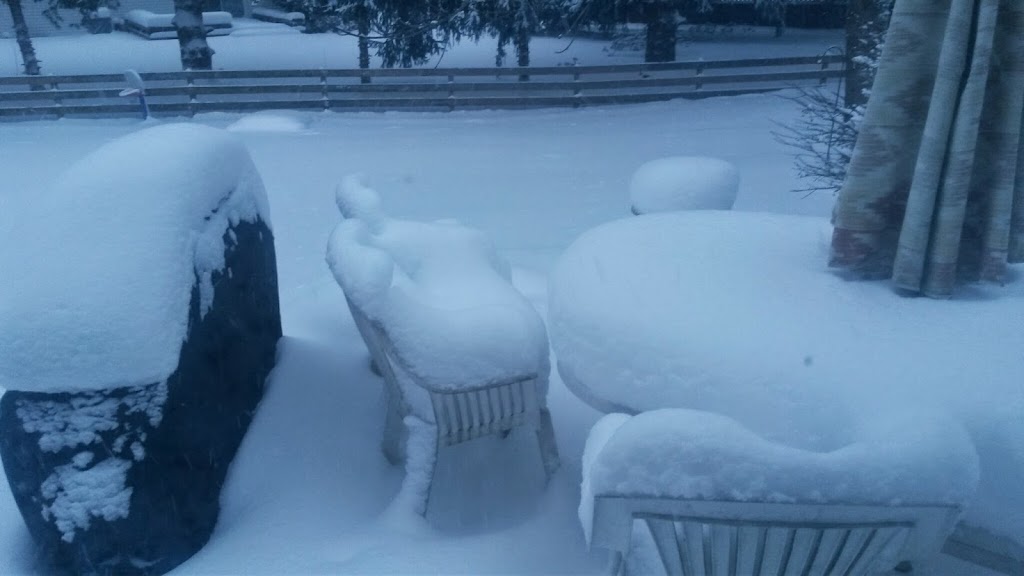