This past weekend we took the kids up to Caberfae Peaks to go skiing since Violet didn’t get a chance to go the last time we tried.  We skied Sunday and Monday.  Sunday we were getting a lay of the land so we stuck to the green trails on North Peak (click on the trail map below for a bigger picture).  Below the map is a video of us doing some skiing on the green trails and going up the ski lifts. 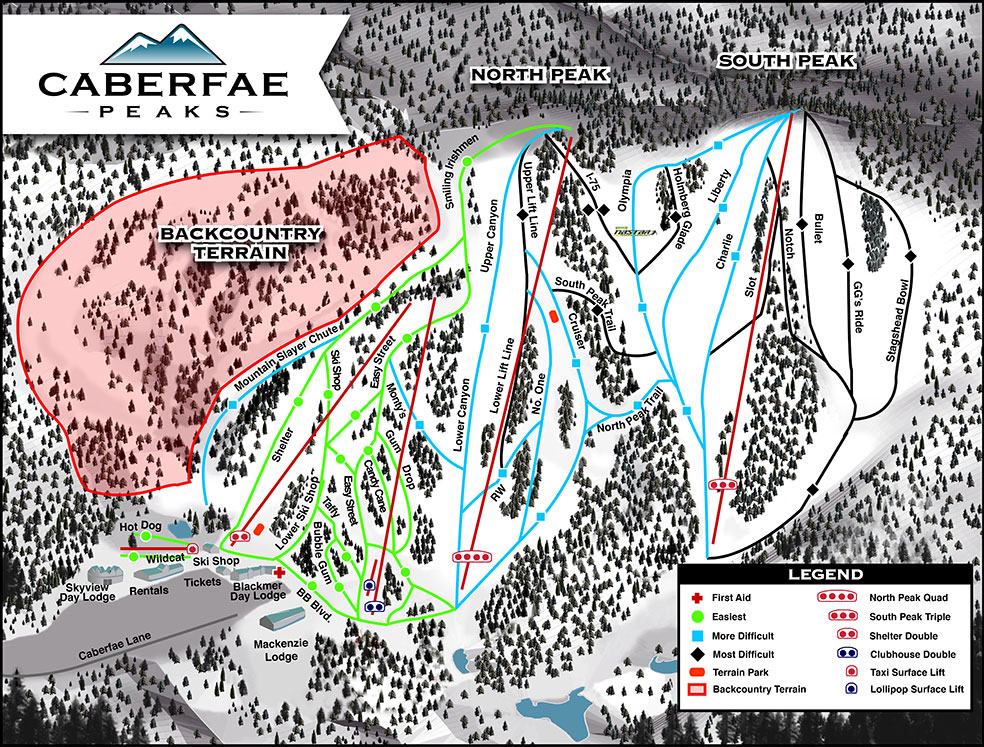 On Monday I was feeling brave so I went down the shortest blue square trail they had “Monty’s” trail.  After not dying I shared my success with the rest of the family and the kids wanted to try it too.  They successfully descended that trail as well.  Throughout the day we went on bigger and bigger trails.  Toward the last part of the day I took the kids over to the south peak.  In order to get there we had to ski down upper canyon then north peak trail.  As you can tell by the map, there was only blue square and black diamond trails on south peak. 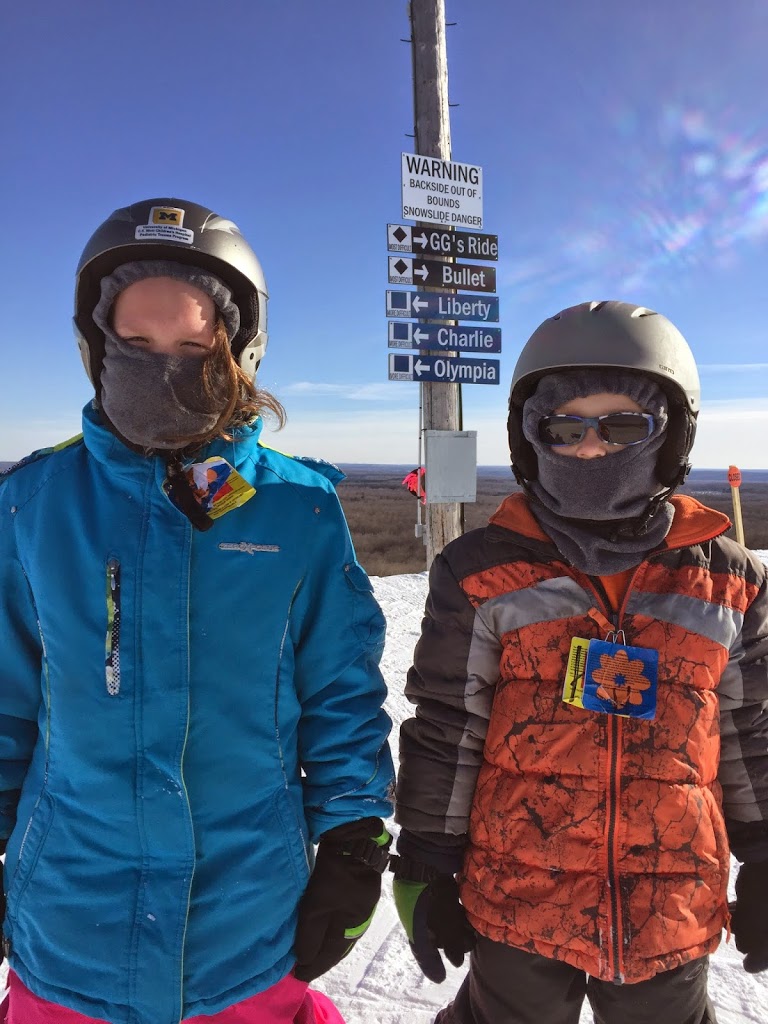 Both kids did great going down the blue trails on south peak.  The picture above shows the trails that you can go down on South peak.  Along with this picture, others can be found at the Caberfae Album on Google Plus.  Violet, Hayden, and I are all addicted to skiing now.  We can’t wait for next winter to come so we can go some more!