I’m too much fun

Yesterday turned out to be another BEAUTIFUL day. The kids and I cleaned in the morning because some friends of mine were going to be coming over in the afternoon. Once we got things cleaned up we had a dance party and then I let the kids play some Minecraft for a little bit. 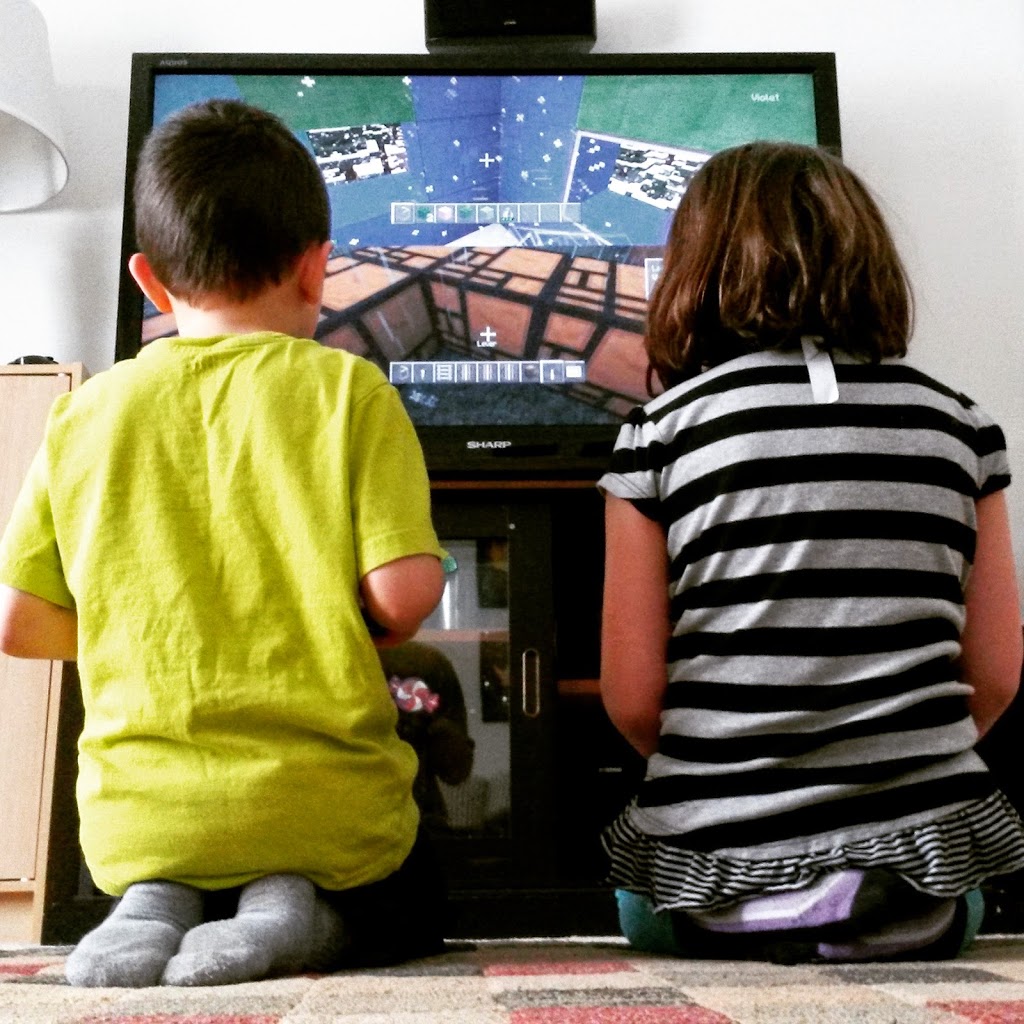 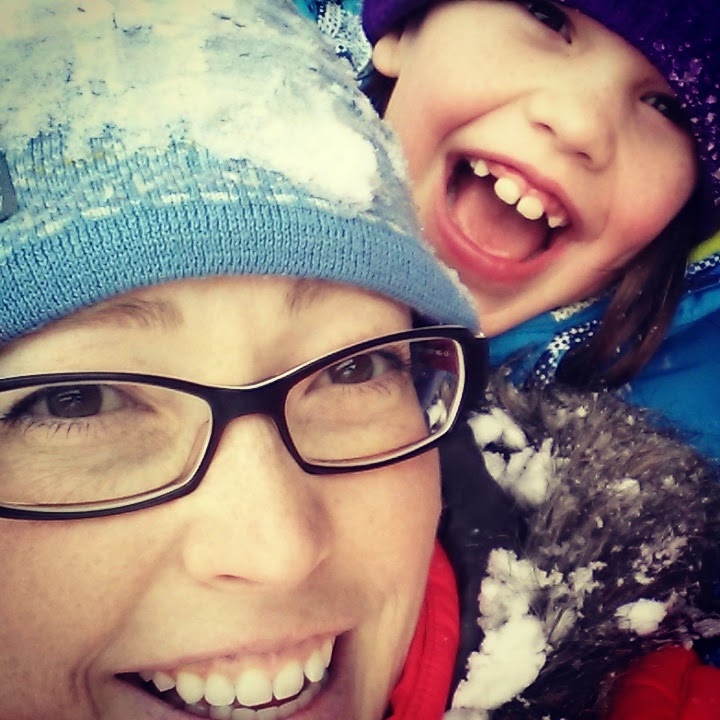 In the afternoon, the sun was kind of shining, so we all bundled up to head outside. The temp was around 30°F, so I thought maybe we could work on building a snowman!

We did a few rounds of ‘Do you want to build a snowman’ at the top of our lungs first, only to be disappointed that the snow wasn’t as sticky as we’d hoped.

Instead, we jumped on the trampoline, made snow angels, had a snowball throwing contest and just plain laughed until our sides hurt.

The snow was fun and the kids managed to get at least one handful of snow down the back of my coat, much to their enjoyment. 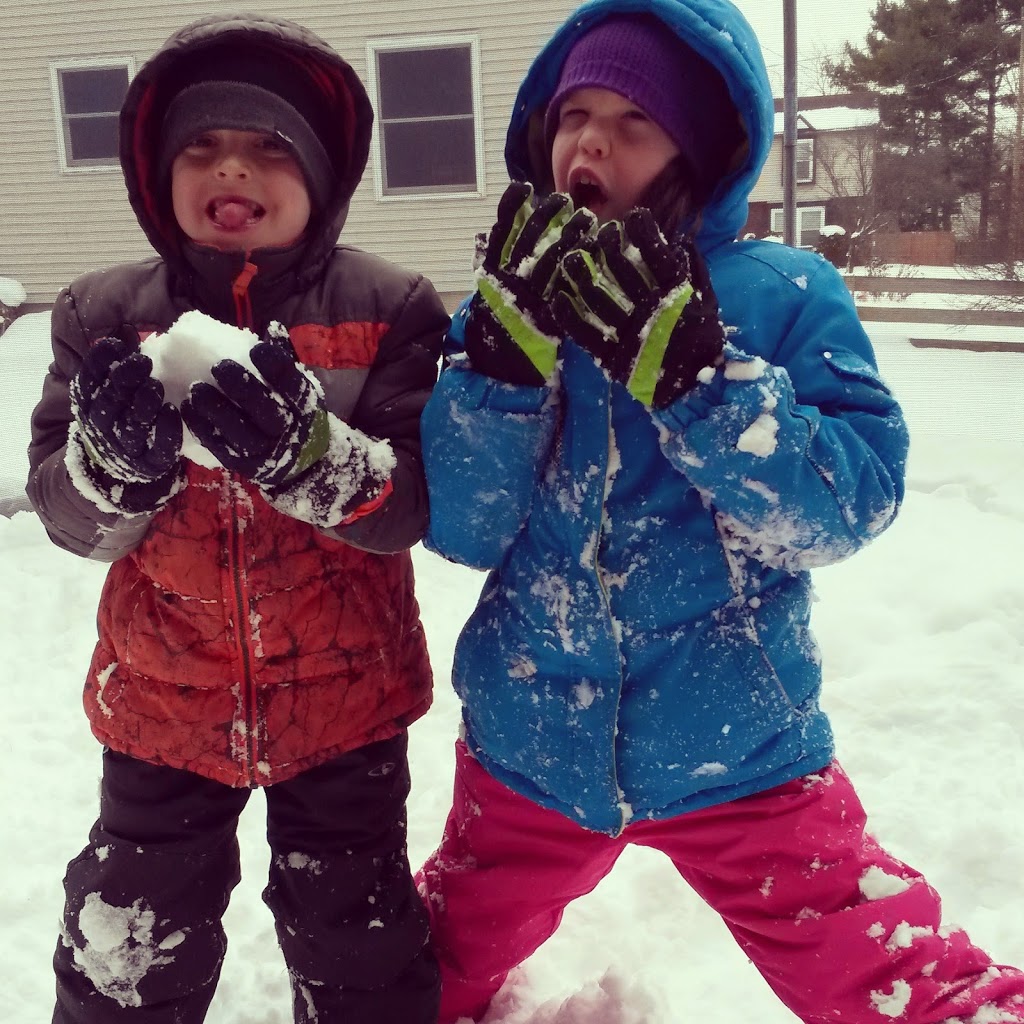 After a while, we thought that the trampoline might break with all of us on it in addition to the snow, so Violet decided to go inside first. Hayden and I sat outside just seeing how tough of a snowball we could make. He stated that his were better because, he “has strong guy hands.” I’m sure Mike would have been proud.

The plan is to try to make a snowman again once the weather gets warm enough. Maybe next week??

We went inside and warmed up with some hot chocolate in front of the fireplace. I LOVE our fireplace. I decided to save the marshmallows for another day as a bigger treat. 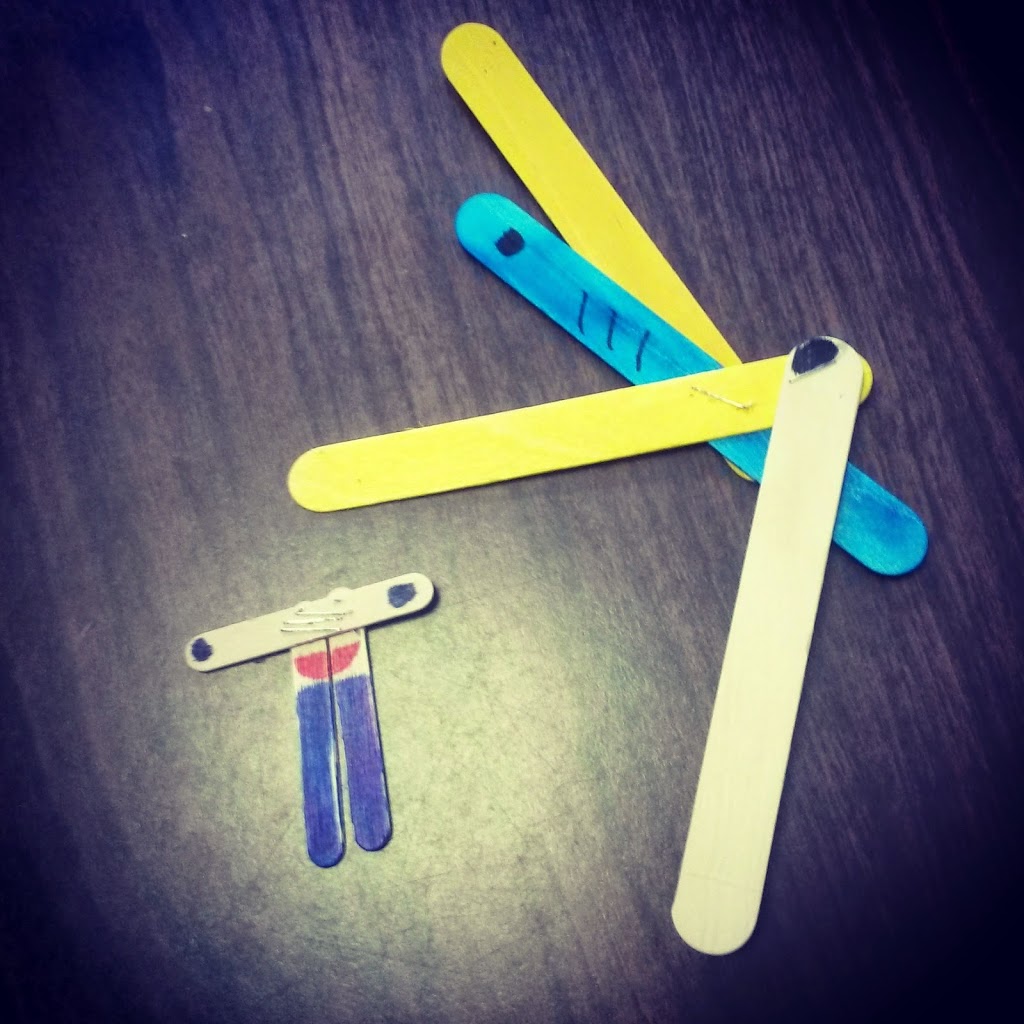 Once warmed up, we worked on making monsters out of popsicle sticks. Violet made a design of some pelicans that had fish in their mouths.

I am not sure why we never purchased popsicle sticks before, the kids love them. I think that we’re going to be sure to keep some on hand.

I hung up some wooden letters that the kids had decorated – Hayden on his door, and Violet’s in her room and the kids were very proud of the work that they did. We took some time to melt holes in the melted plastic cups to work on the mobile, but the kids decided we need MORE MELTED CUPS, so we worked on decorating a few more of these to melt on another day.

Since we weren’t sure what time (or if) my friends were going to show up, we held off on making dinner since we weren’t sure if we should cook for just us or us + guests. We decided to watch Charlie Brown Christmas since we never quite made it all the way through and Hayden laughed so hard at Snoopy. I wish I had a picture or video of that.

My friends ended up showing up around 5:30, so I ordered pizza – which was a massive hit with the kids. My friends stayed only until 6:30 though because the snow was coming down and they had a long drive home. The kids were super disappointed, so I let them sleep in front of the fire one more night.

But then comes this morning. It started out fine, they got up when I asked them to and they managed to get dressed while watching PBS. They got to have their typical PB&J pre-breakfast weekday snack and even talked to Mike on the phone. Vi mentioned that she wasn’t feeling that well, but I chalked that up to being just some back to school jitters.

However, once it was time to get ready for the day, it was Armageddon. Hayden and Violet both started crying that they didn’t want to go to daycare (and school). They wanted to stay home.

Violet managed to get crying so hard that she threw up – thus giving herself a valid reason to stay home, or so I thought.

Regardless, I made them both pack up their backpacks and go. Once we got there, Hayden – with much fuss – stayed in his classroom. Violet on the other hand did no such thing. We walk in and she goes up to the counter (with tears in her eyes) and says how she threw up but that I’m making her go to school anyway even though she’s sick. I looked at the woman and just rolled my eyes a bit but let her know that Vi would not be going to school. Hayden made sure to tell me that he has so much more fun with me than at school and I am SO MEAN for making him go. “Why can VIOLET stay home?!” I’m sure he’ll forget about that as the day goes on. 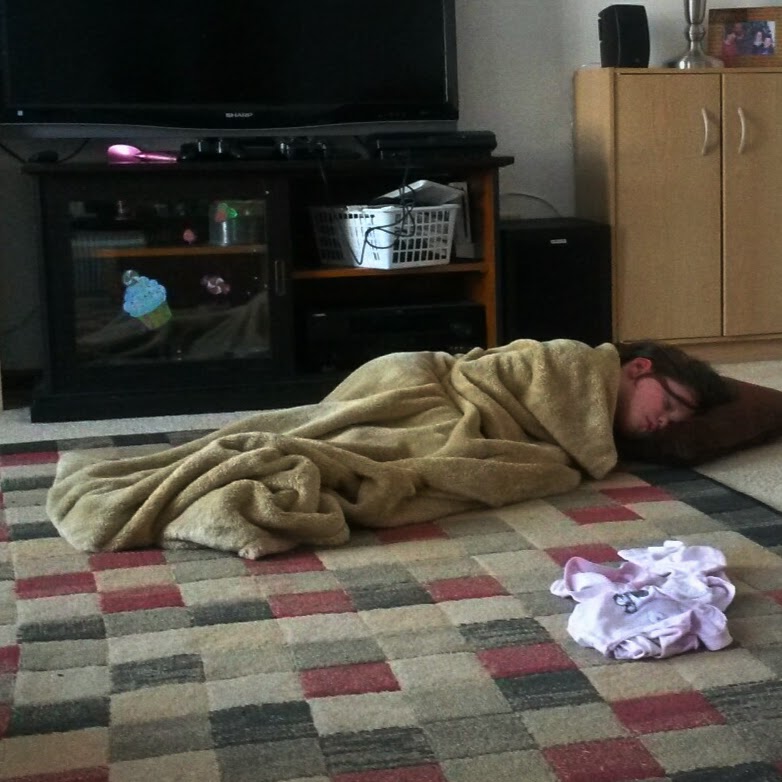 Violet ended up having a fever, so of course I feel bad that I was going to make her go to school anyway.

It has been a fairly long day, but we’ve kept it pretty low-key with reading and a little TV while I’ve tried to get some work done too. We’re heading out to pick up Hayden now after Vi managed a 2.5-hr nap on the floor in the living room.