Today, our family ended up taking the day to go downhill skiing. None of us has ever gone! Mike and I tried to go once before, but they had lost power, so we ended up going home before we even got started. Violet didn’t have school and Mike and I took the day off. (Hayden doesn’t have daycare on Fridays.) 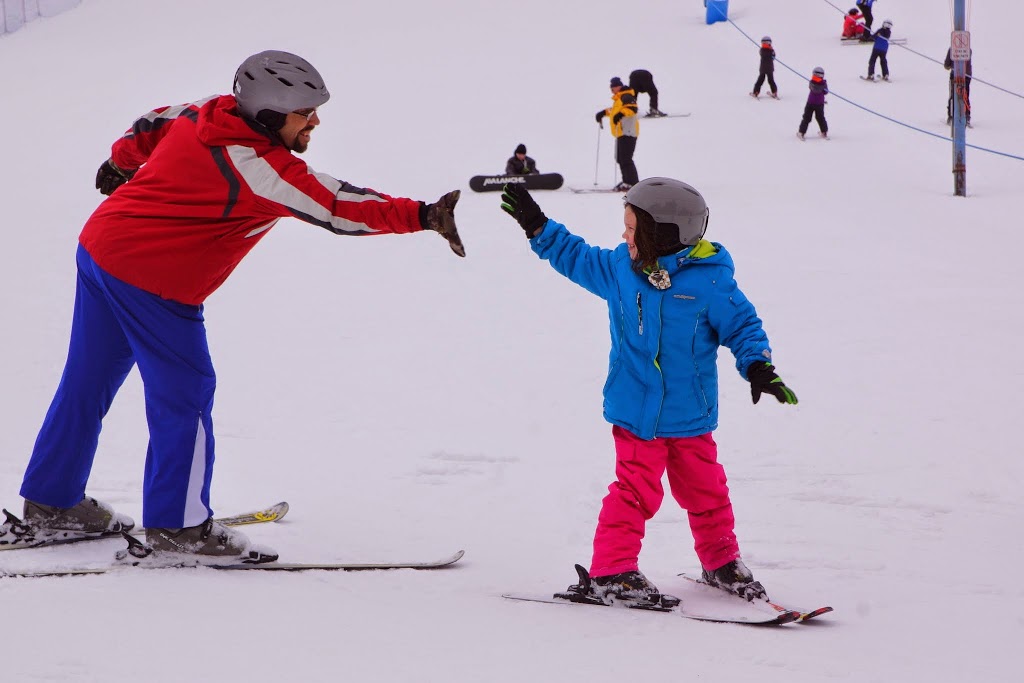 We packed up the kids and headed to Timber Ridge. We got there about the time that they opened, which was 10am. Having been our first time, it took us a bit to get boots and skis and helmets all situated. Luckily, Mike was able to find some boots that fit him (enough…). We made it out to the hills and headed for the EASY hill. The kids loved wearing ski boots at the beginning – they were stomping around and having a good ol’ time. 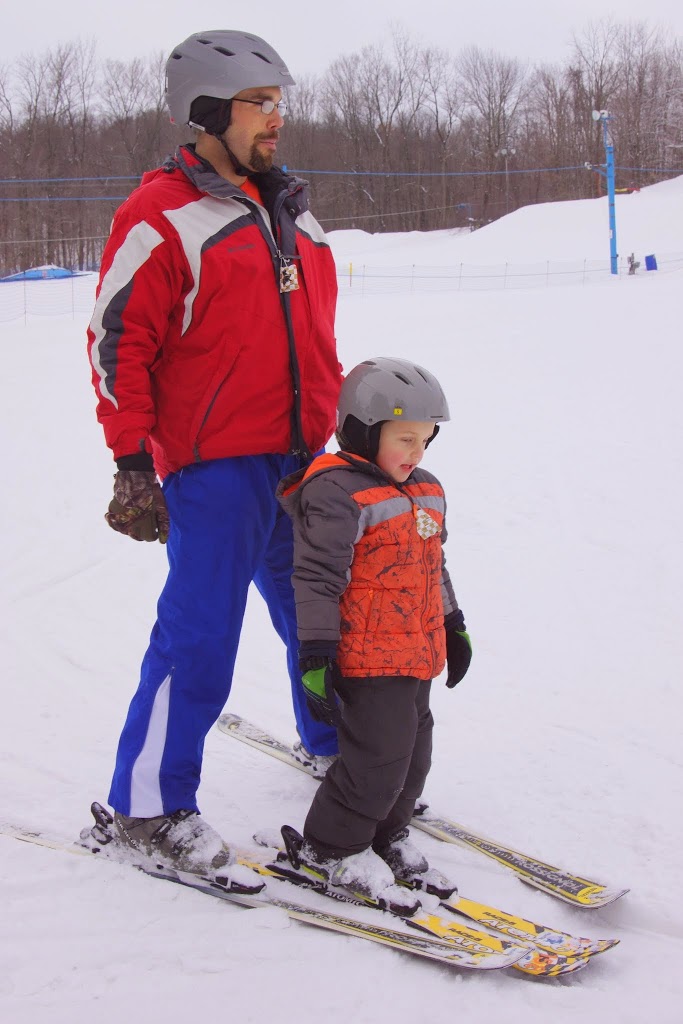 There weren’t many people there when we got there, thank goodness, but as we were heading out a bunch of kids from a school arrived. It ended up being just fine.

We went out to the bunny hill which had a rope pull to get up. I stayed at the bottom (without skis) while Mike took each kid up. What he had to do was pretty much push them up and carry them or prop them up on the way down. As the day progressed, each kid got a little better. The morning was getting pretty teary and both kids ended up saying that they wanted to go home. We took a break for lunch and headed back out to the slopes. With food in our bellies, spirits were much higher.

We ended up going out to another rope hill which was in a different area. If we had known that was there, we totally would have started there. This hill was longer, but not as steep. Here, Hayden was able to go all the way down the hill without any assistance. Mike was still helping him out to go up though. He took time to practice turning and stopping. Since Violet was much more self sufficient, I took the opportunity to ski down. It was fun. Fun until I tweaked my back. After a little break, I headed back up the hills.

Violet was a natural. She went up by herself – all the way to the top – and then made her way back down gracefully. A few wipe-outs, but not too many.

We took another hot dog break and then went back out AGAIN. By now, the kids were really into skiing. The hills were starting to fill up with more people, but the kids were still champs and didn’t really knock over too many other people. 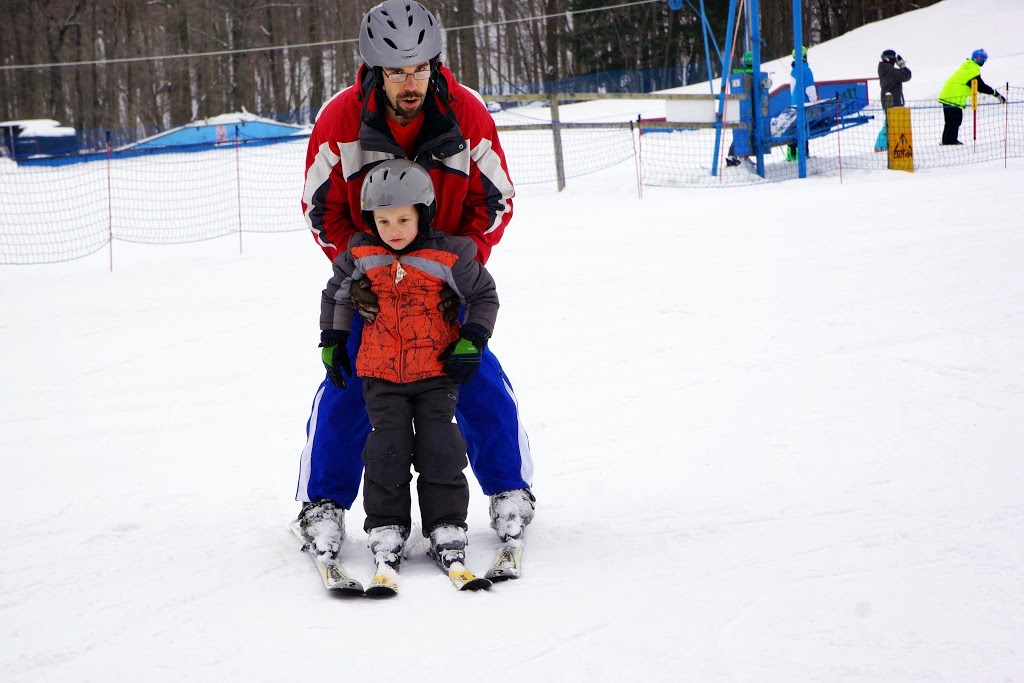 Hayden was able to ski all the way down the hill by himself. Mike would take him up and follow him down. It was great. Well, it was great until Hayden decided to come down the hill and crash straight into me without slowing down. That finished my back for the day. The kids were crying more and everyone had sore feet. Thank heaven’s for ibuprofen. We ended up leaving Timber Ridge a little after 5pm. It was a long day of skiing.

Violet went down the hill more than anyone, but I think that Mike had the hardest day. We’ll all need new gloves thanks to the rope pull. Back at home, we heated up some chili for dinner and we all sound like we never want to move again. Now, we’re all gathered in front of the fireplace.

Here’s a video from the day. Where it cuts off on Hayden coming down is where he crashed into me.