After a long night at Magic Kingdom we awoke early (relatively) to go to Hollywood Studios.  The first thing that we did was to get the kids signed up for the Jedi Training Academy.  This is where the kids could dress up and be a Jedi.  After waiting in line to get signed up we headed to the Ariel show to find out that we missed it.  Instead we headed to the Disney Jr. show. 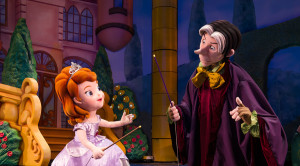 After leaving we tried to see the Ariel show again.  We missed it again.  At this point it started to rain and the kids were on edge from the long night before so we decided to call it a morning and head back to the resort to go swimming.  On our way out, we went inside to hide from the rain and also watch a show on how characters are animated.  After that, we got to get pictures of the kids with Mickey Mouse. 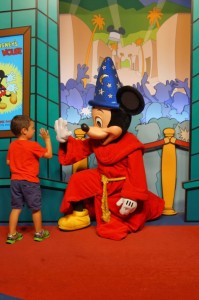 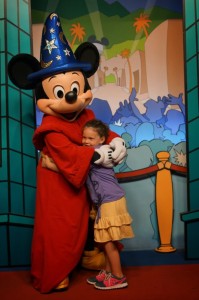 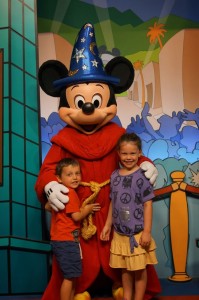 After we got some photos with Mickey we headed back to the resort to swim in the pool a bit before lunch.

After lunch and a nap, we headed back to Hollywood Studios to eat dinner at Hollywood and Vine and go to the Jedi Training Academy. 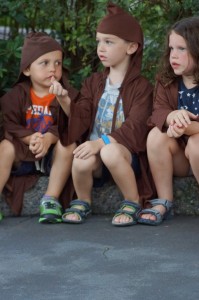 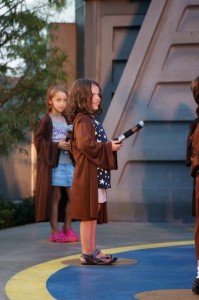 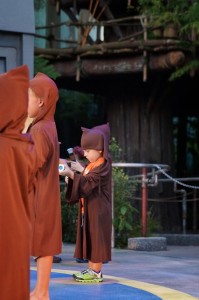 Hayden LOVED being able to fight “Dark Vader” using his “Light Saver”.  Violet was a little hesitant once Darth Vader came out but she got pretty nervous when the actor joked that all the kids would have to join him to fight Darth Vader on the dark side she got a bit more worried.  After she realized he was joking she was OK with it but glad to be done.

After the Jedi Training Academy we went to watch Fantasmic.  This was Violet’s favorite part of the day. Both of the kids LOVED the show.  The premise of the show is that Mickey Mouse is dreaming and the “bad guys” take over and turn it into a nightmare.  Near the end Mickey takes over and all is good.  Below is a movie of it: